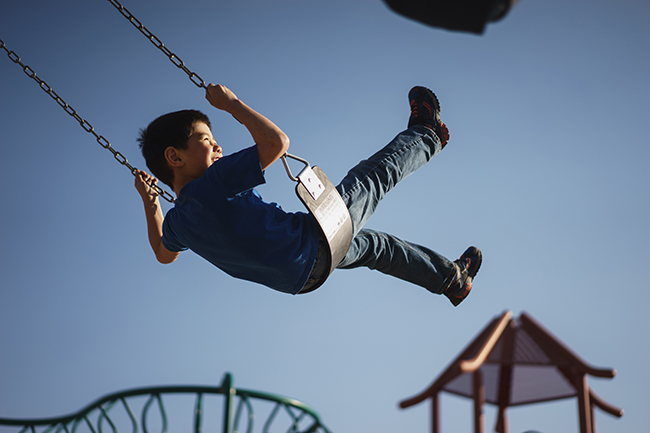 Today, the U.S. Department of Agriculture (USDA) released the 2015 Expenditures on Children by Families report, also known as “The Cost of Raising a Child.” The report, developed by economists at USDA’s Center for Nutrition Policy and Promotion (CNPP), estimates that for a child born in 2015, a middle-income* married-couple family will spend between $12,350 and $13,900 annually (in 2015 dollars) – or $233,610 from birth through age 17 – on child-rearing expenses. Families with lower incomes are expected to spend $174,690 and families with higher incomes are expected to spend $372,210 from birth through age 17. Many state governments use this annual report, first issued in 1960, as a resource in determining child support and foster care guidelines.

“As the economy continues to improve, USDA is committed to supporting the nutrition and health of individuals and families through our research and programs,” said Kevin Concannon, Under Secretary for Food, Nutrition and Consumer Services. “This report, which we have produced for 55 years, gives families a greater awareness of the expenses they are likely to face, and serves as a valuable tool for financial planning and educational programs, as well as courts and state governments.”

“Understanding the costs of raising children and planning for anticipated and unexpected life events is an important part of securing financial health. The U.S. Department of the Treasury, among other Federal agencies, has a wealth of information and tools that can help Americans plan for their future. MyMoney.gov can help you make a budget, find assistance with child care costs and save for emergencies or big purchases like a home or college education,” said Louisa Quittman, Director of the Office of Financial Security for the U.S. Department of the Treasury. “MyMoney.gov can also help you provide money management lessons for your children to help them be more prepared for their financial future.”

The report details spending by married-couple and single-parent households; for married-couple households, spending in various regions of the country are examined. Housing (29 percent) and food (18 percent) account for the largest share of child-rearing expenses for middle-income, married-couple families, followed by childcare/education (16 percent), transportation (15 percent), and health care (9 percent). Clothing was the smallest expense, at 6 percent, and other miscellaneous child-rearing necessities from birth to age 18 accounted for 7 percent. This report does not include costs related to pregnancy or college costs.

“When CNPP first issued this report in 1960, housing and food were the two highest expenses, just as they are today,” said CNPP Executive Director Angie Tagtow. “But while housing costs have increased over time, changes in American agriculture have resulted in lower food costs, and family food budgets now represent a lower percentage of household income. For families who wish to lower their food costs even more, we offer a variety of resources at ChooseMyPlate.gov/budget.”

Across the country, costs were highest in the urban Northeast, urban West, and urban South; while lowest in the urban Midwest and rural areas. Much of the regional variation in expenses was related to housing. Differences in child care and education expenses also contributed to regional variation. Overall, child-rearing expenses in rural areas were 24 percent lower than those in the region with the highest expenses, the urban Northeast.

“There are significant economies of scale, with regards to children, sometimes referred to as the ‘cheaper by the dozen effect.’ As families increase in size, children may share a bedroom, clothing and toys can be reused, and food can be purchased in larger, more economical packages.” said Dr. Lino.

As a result, compared to a child in a two-child family, families with one child spend 27 percent more on the only child and families with three or more children spend 24 percent less on each child.

CNPP economists used data from the most recent Consumer Expenditure Survey to present the most recent and comprehensive estimates. The full report, Expenditures on Children by Families, 2015, is available on the web at www.cnpp.usda.gov. The CNPP website also offers downloadable infographics and an interactive Cost of Raising a Child Calculator that can be used to view costs associated with different geographic locations, income levels and family sizes.

*For the purposes of this report, a middle-income family is defined as the middle third of the income distribution for a two-parent family with children.