One of the first things you see before you even enter the Agri-Tourism Exhibit at the San Mateo County Fair is a giant Brussels sprout with a face on it, Billy Brussels Sprouts. Billy and his other vegetable friends, The Pretty Peas, Lexy Leek, Artie Artichoke, and Felipe Fava Bean, represent the top five crops grown in San Mateo County. This was one focus of the Agri-Tourism Exhibit: to learn more about local crops, their nutrition, and how to utilize them. By humanizing the vegetables, they were more interesting to a younger audience and had an aspect of entertainment for the greater public.

The Agri-Tourism Exhibit was funded by grant money obtained from the California Department of Food and Agriculture (CDFA) through the United States Department of Agriculture’s (USDA) Supplemental Nutrition Assistance Program Education Program (SNAP-Ed). The goal of this exhibit was to promote healthy choices and an active lifestyle with different interactive displays. 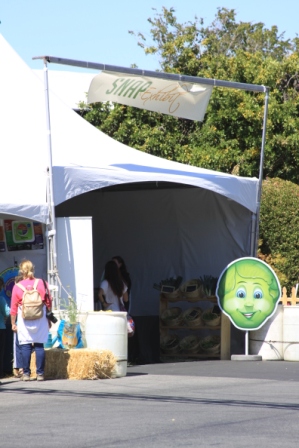 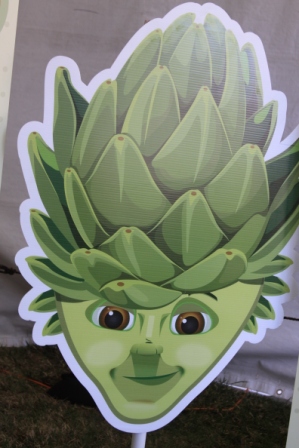 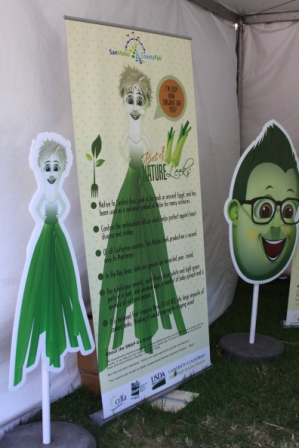 Another aspect of  the exhibit was cooking demonstrations, which showcased how easy it is to cook low-budget and healthy meals. The demonstrations gave SNAP-Ed participants and the public inspiration to cook for themselves, to know what they are eating, and ways to utilize the top five crops grown in San Mateo. Some of the recipes that were demoed included: potato leek soup, Brussels sprouts salad, spring fava bean fennel salad, and baked salmon with leek stuffing.

Besides, the Agri-Tourism Exhibit, the San Mateo Fair also sponsored the Healthy Food Fare which provided healthy options in a setting where unhealthy choices are usually made. There were a total of fourteen concessionaires participating in this initiative, with a total of of 30 approved, healthy options available. Each concessionaire worked directly with Julie Hosfeldt, R.D. to go over recipes and ensure that they had met all guidelines that were set by Hosfeldt. Some of the healthy options at the Healthy Food Fare included Big Bubba’s Bad BBQ grilled chicken sandwich with roasted corn pepper or hot sauce and Monster Grill’s Veggie Burger. 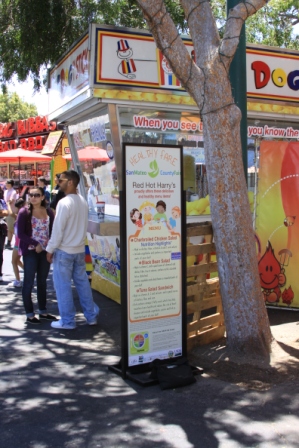 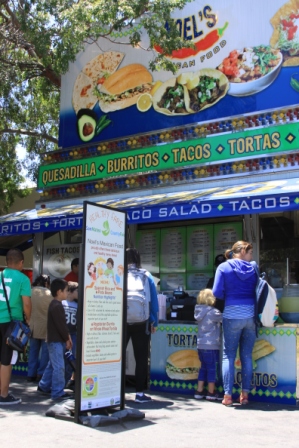 The California State Fair runs through July 27, 2014 at Cal Expo and has many beautiful exhibits. One exhibit, The Farm, is a little over three acres filled with 70 different crops and lots of learning opportunities ranging from aquaculture and aquaponics to backyard and container farming. Last weekend, I had such a great experience at the The Farm. When I first entered, I picked up a “passport” of The Farm which has a map and different areas where you can get it stamped. In the end, if you have all your stamps, you can turn in your passport and you are awarded a fresh apple. 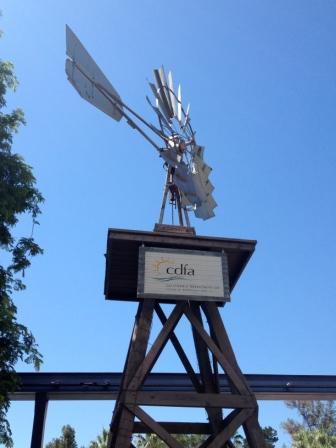 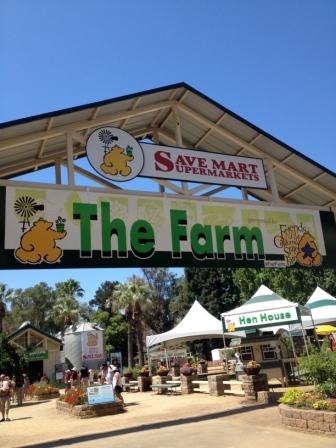 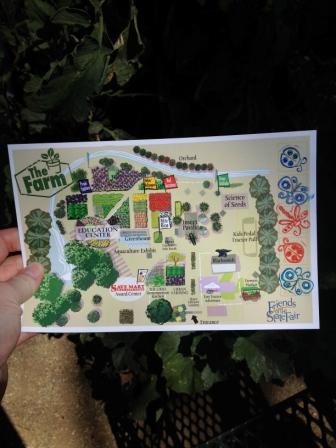 Not only did I enjoy the beautiful garden, but I also learned about different types of farming and other creative ways to garden. The hydroponics exhibit, which shows the process of growing plants in sand, gravel, or liquid with added nutrients, but not in soil, had some of most beautiful lettuce leaves I had ever seen. They had decided to to grow the lettuce in water and had rigged it so that the water could flow and eventually be recycled. 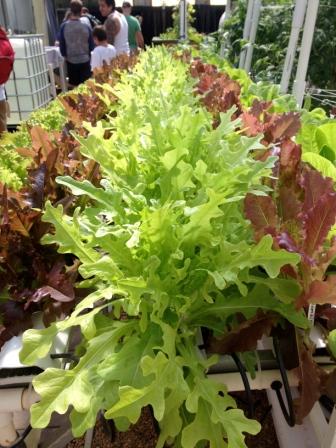 There was also a hand-crafted greenhouse made from recycled water bottles! Very interesting and a push toward sustainability. 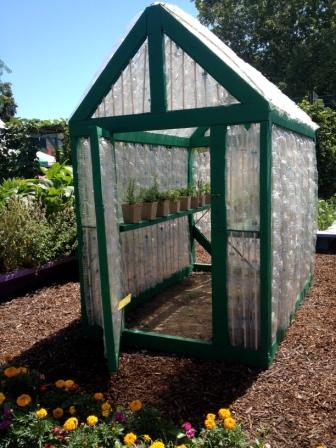 The Farm not only teaches about agriculture, but all the produce is donated to local food banks throughout Sacramento – roughly 8,000 pounds a year! If you get a chance to make it to Cal Expo, make sure you stop by and check out The Farm!

On Tuesday, July 1, 2014, University of California President Janet Napolitano launched the UC Global Food Initiative at a California State Board of Food and Agriculture meeting. This initiative is being created in order to answer the question of how to sustainably and nutritiously feed a world of eight billion by 2025. It is meant to be a multidisciplinary project that involves all 10 UC campuses. But more than that, the UCs will partner with local communities in order to create more healthful and accessible food systems. Napolitano proposed several ways in which the UC community could impact the global food system.

One way in which the UC system can impact food systems is by developing best practices and tool kits, which can be implemented nationwide; another is by developing ways to augment individual and community access to “safe, affordable and nutritious food while sustaining our natural resources”. Some of the projects under this category might include:

A final way in which UC campuses can impact food systems is through research. The University of California has some of the premier colleges in the world and is already a leader of research in agriculture and food. Recognizing this, President Napolitano proposed the Global Food Initiative Student Fellowship Program. The Office of the President will grant each UC campus three $2500 fellowships for undergraduate and graduate research, related projects, or internships.

In response to President Napolitano’s announcement, the California State Board of Food and Agriculture expressed enthusiasm and optimism. The board was supportive of this new initiative a spoke of a future partnership between the University and CDFA. This new relationship between the UC community and CDFA could benefit both entities through the exchange of both research and resources.

Before school let out for the summer three lucky classes from Pittsburg’s Willow Cove Elementary and Rancho Medanos Junior High school got a special treat – a farm field trip at First Generation Farmers in Brentwood. 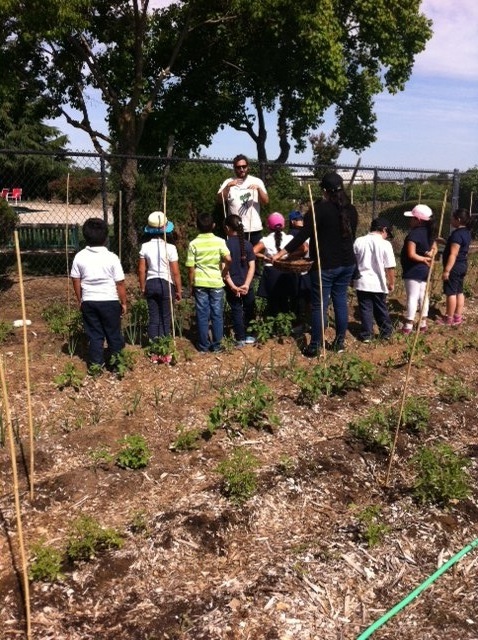 On the farm, the students attended different stations lead by volunteers from First Generation Farmers and Fresh Approach to learn about the cycle of life on the farm. First, they got to get their hands dirty and learn about the role of compost on the farm while hunting around the compost box for worms. After each student had caught a worm or two, they were off to the chicken coop. There, the students learned about different breeds of chickens and their eggs and tossed their worms to some lucky hens. Next, the group trekked over to the greenhouse to check out some seedlings. From there, they planted seeds and learned about organic farming techniques. Last but not least, the students picked three different varieties of kale – dino, Russian, and curly – and took home their harvested kale to share with their families. 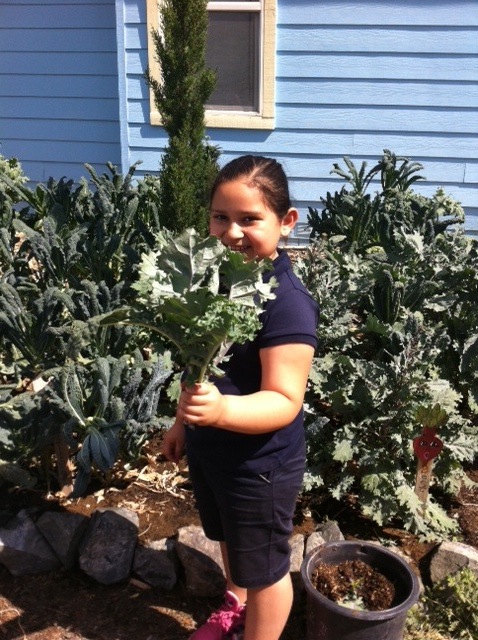 The trip was a great success and the culmination of a year of learning about where food comes from. With the support of the district’s Child Nutrition Department and their dedicated teachers, the students cared for their own garden throughout the year. Not only did they get to learn about the process of growing food, but they got to eat it as well – both tasting the vegetables from their garden as well as increasingly local food served in the school cafeteria.

School might be out for the summer, but the staff at Pittsburg Unified is already planning for next year. With the help of a USDA Farm to School Grant, the district is planning to buy more fruits and vegetables from local farmers, plant more school gardens, and take more students on a field trip to the farm. 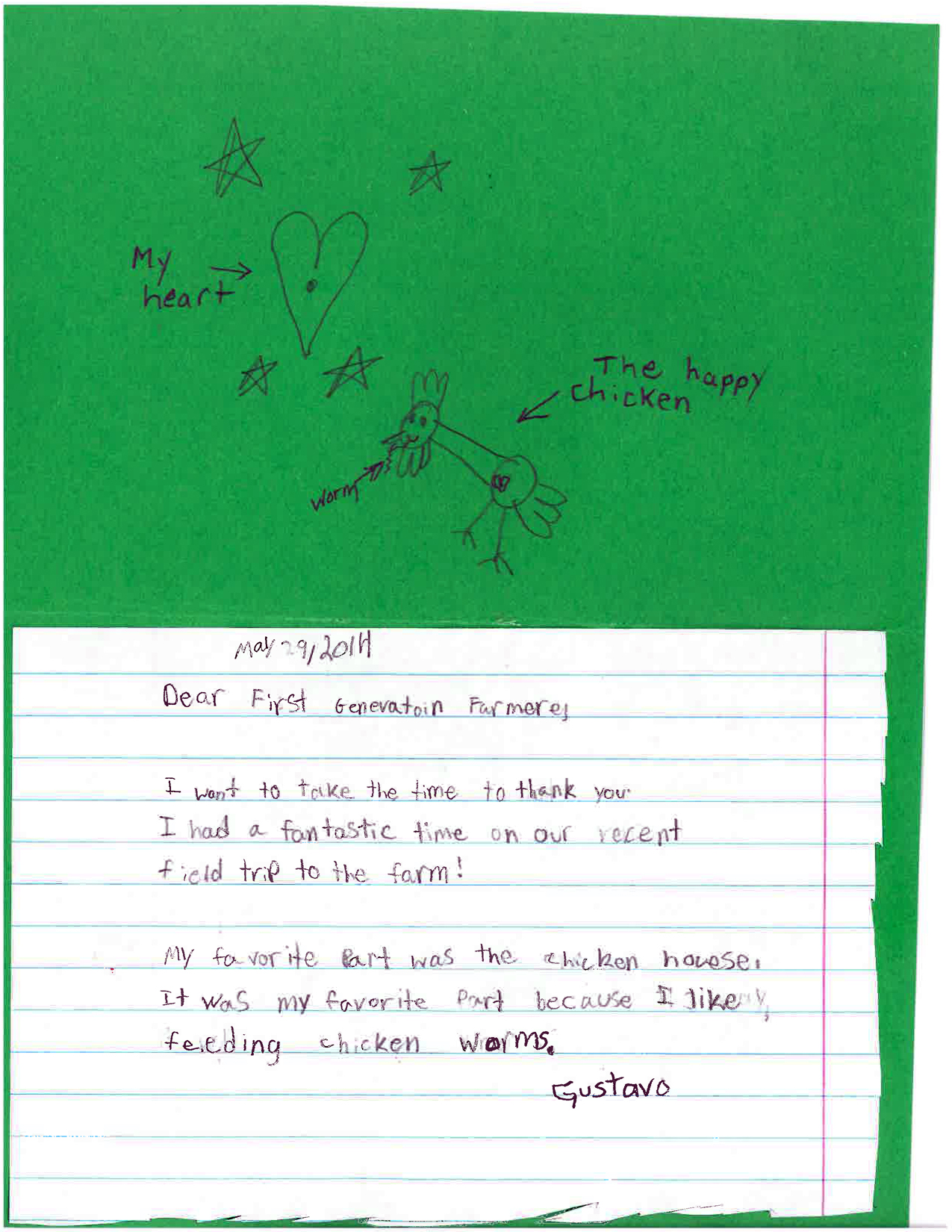 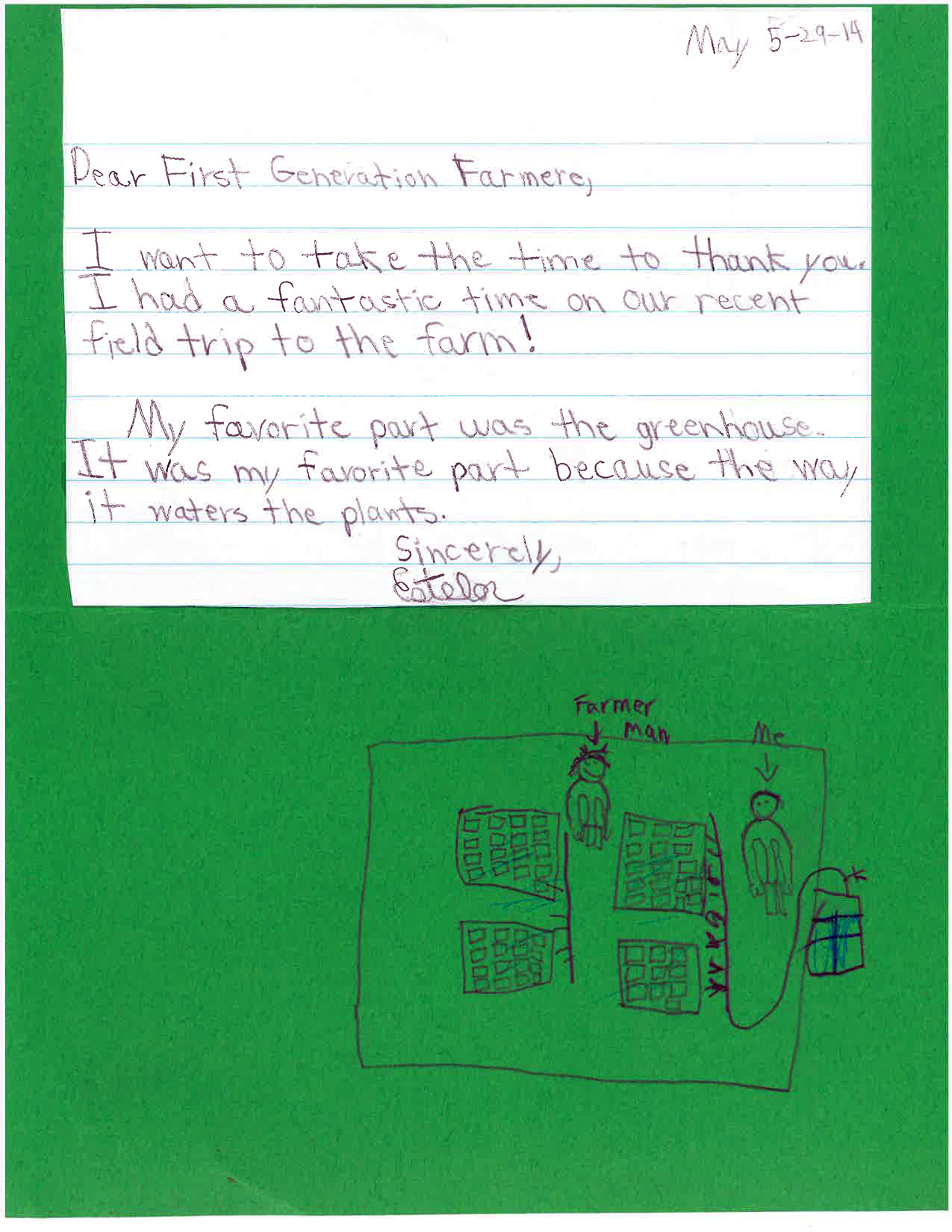