CDFA hosted Ag Day at the Capitol last week, despite heavy rain earlier that morning. The annual event presents an opportunity to showcase the diversity of California agriculture for state legislative members and the general public.

Geared toward education, some 50 booths exhibited a wide variety of agriculture, ranging from the California Beef Council serving tri-tip sandwiches to FFA students proudly displaying baby goats and chickens. Area school children also attended the event in hopes of learning about agriculture and the people who grow our food.

The Office of Farm to Fork teamed up with Natomas Unified School District’s Food Services to showcase fresh California produce at their booth. The culinary arts students served a broccoli and kohlrabi slaw – a recipe that could be served at school lunch – showing off their culinary skills as they prepared the dish on site. Their program strives to provide marketable training to students prior to high school graduation.

For CDFA staff, Ag Day is also an opportunity to bring our children to work and offer them a glimpse of what we do each day. Activities began at the department’s headquarters on N Street and included a story hour with Undersecretary Jim Houston and pictures with a giant tomato and the food pyramid.

California is the leading agricultural producer in the U.S. Because of this richness it is important to continually educate the public on the industries that support our state and feed our country. 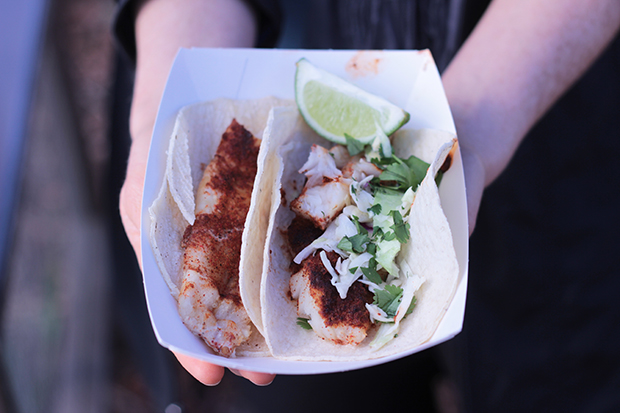 The Office of Farm to Fork held the second of three Child Nutrition Director Trainings in Fort Bragg, California last month. The training highlighted the small district’s unique relationship with local farmers and their commitment to providing regular garden education and training.

Rain and road closures did not stop the 17 attendees who traveled to Mendocino from as far away as Plumas to attend the full day training at Fort Bragg Unified School District. Pilar Gray, the district’s Child Nutrition Director, discussed past, present and future projects, including the challenges they often face as a remote district. Pilar takes advantage of their proximity to the sea and fertile coastal land to improve the variety of local products offered in their meal program, often serving produce from one of the four school gardens. In addition to Pilar’s presentation, a representative from the Mendo-Lake Food Hub presented on the nonprofit’s operation, which aggregates local produce in Ukiah and distributes to places like Fort Bragg. Districts that are off the beaten path are often limited to a few distributors who will deliver in their area. The food hub allows them to reach farms that might otherwise be out of reach. 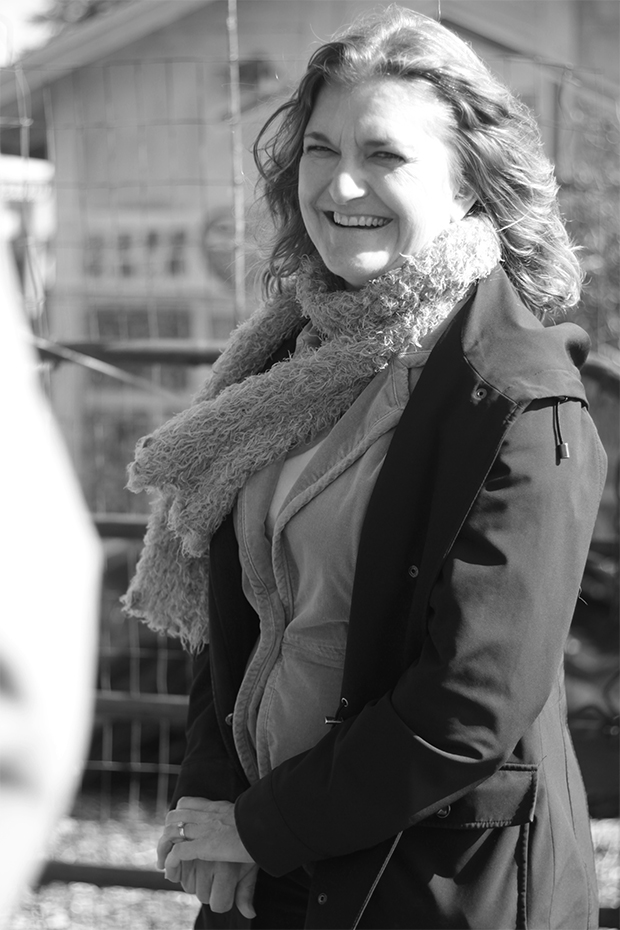 Fort Bragg student meals are also further enhanced by a connection to the Noyo Food Forest, a small farm located at the high school. The nonprofit works with students and the community to promote positive changes to Mendocino food systems. During the training, Kyra Rice, Noyo Garden Manager, led attendees through the site and described the ongoing projects and educational components of working in the garden, including the compost system, beehive, and various greenhouses. The site is able to sell produce directly to the schools for use in the school meals. In addition, Noyo also grows and sells some Harvest of the Month items to the local supermarket, Harvest Market, who then donates the produce back to the Garden Nutrition Education program for the Harvest of the Month activities. 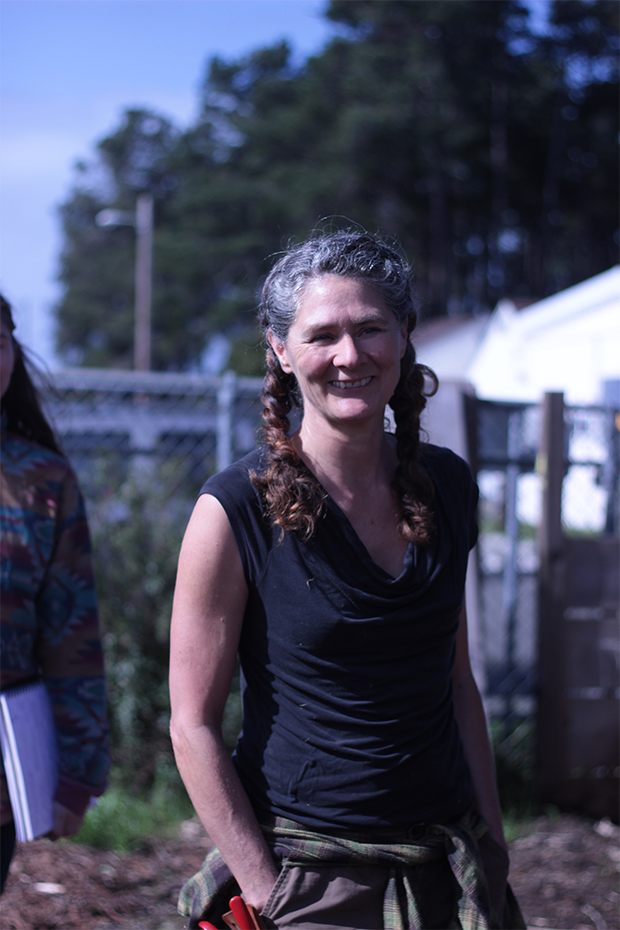 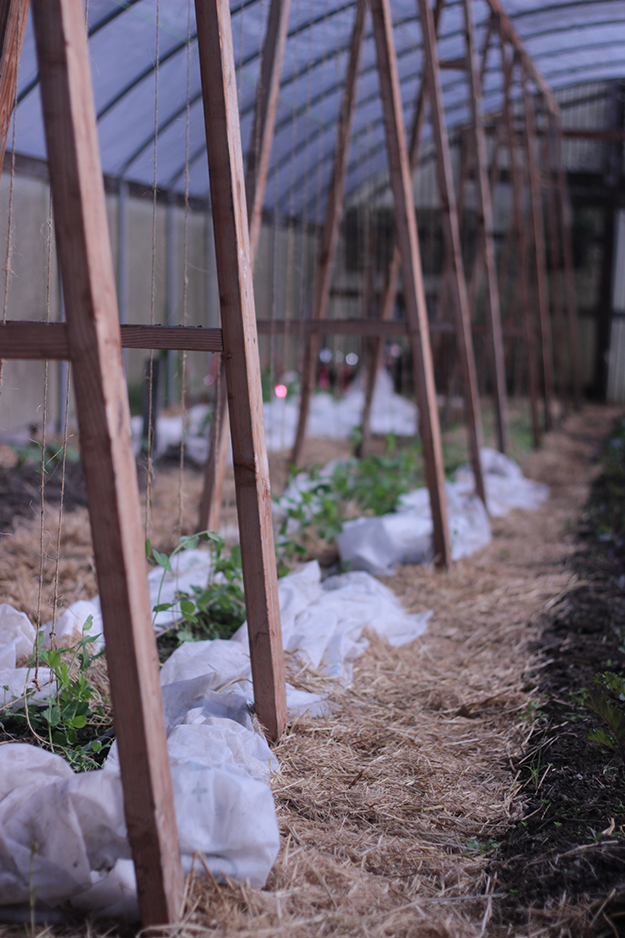 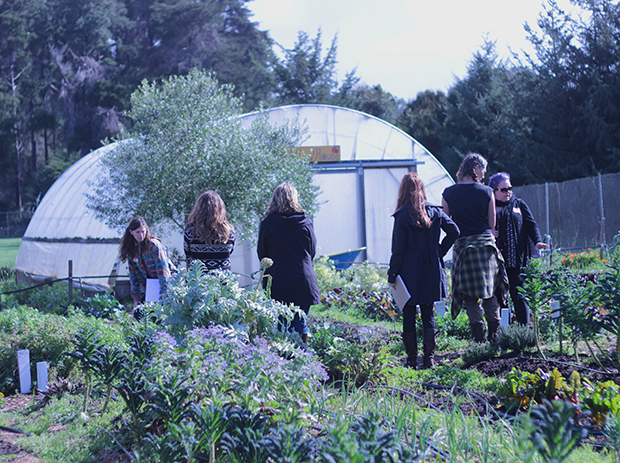 Not only does the garden help students learn more about their own food, it also acts as a means of career education. Once a busy fishing town, Fort Bragg Unified School District looks to prepare students for the now bustling tourism industry which supports a large percentage of the population. Through robust agricultural and culinary arts programs, students leave school with a skillset to move them ahead in the local workforce. “In the Learning Garden at Fort Bragg High School, Noyo Food Forest provides paid internships for teens to learn hands-on the business of sustainable organic based agriculture. They are engaged in all aspects of crop production from seed to sales at the local farmers’ market. Fort Bragg High also has an amazing culinary arts program in which students prepare to fill the local demand for employees with culinary training, restaurant management, and event promotion & supervision skills,” remarked Gray. This program includes a full spectrum ‘Farm to Table’ class, which partners with the Future Farmers of America & Agriculture department. In the school’s Agriculture Department students study California agriculture, agricultural business, technologies, natural resources, and animal, plant & soil sciences.

After touring Noyo, attendees were treated to a high school lunchtime favorite: fish tacos, featuring “second catch” Grenadier or Arrowtooth topped with cabbage and cilantro grown at Noyo. Often caught along with ling and rock cod, who garner a higher market price, the fish were traditionally thrown back but now serve as a low priced protein for the school and a great way to further support the community. 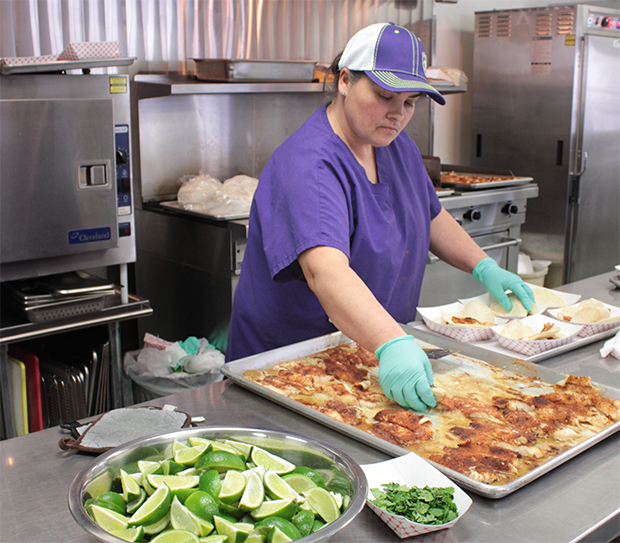 As the day wound down, the group visited the school garden sites that have become an integral part of student life in Fort Bragg. Julie Castillo, Garden and Nutrition Teacher, presented her roadmap to garden development and the solutions to many of the challenges presented over the years. One major accomplishment was bringing Castillo on as a full time staff member. As a credentialed teacher, the district uses her time with students in the garden as teacher preparation time. She also described her active approach to applying for grants and working with the community to fundraise for garden improvements. One project involves students collecting, packaging, drawing, and labeling seed packages that are then sold at local businesses to support garden initiatives. 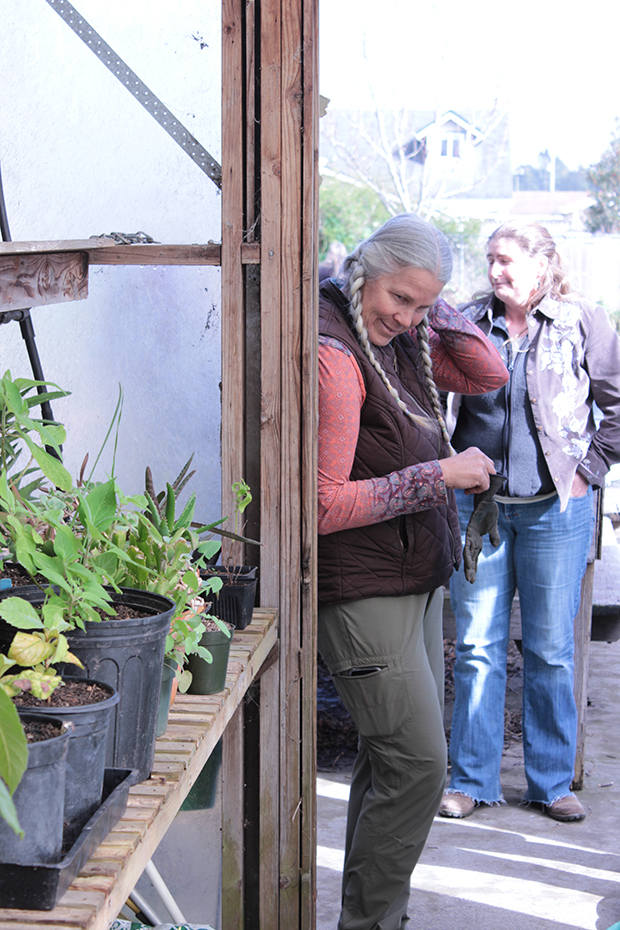 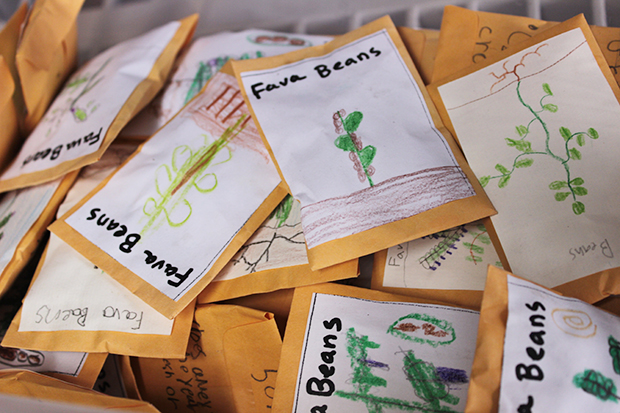 Fort Bragg is testament to how districts adapt to their location, community, and local resources. While no district is exactly the same, districts can learn from one another’s successes and take ideas away to implement in their own programs for their own unique environments. The 17 attendees came away with new ideas that they are ready to adapt to their own districts and communities.