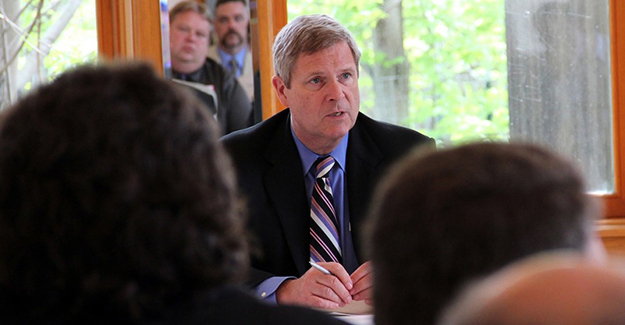 WASHINGTON — Agriculture Secretary Tom Vilsack today issued the following statement on the release of the USDA Economic Research Service analysis, Household Food Security in the United States in 2015, which points to the lowest figures on record for food insecurity among children:

“Today’s report marks a significant benchmark in our battle against hunger and food insecurity, underscoring in clear terms that our nation’s families and children are better off today than they were when the President took office in 2009. In fact, today’s report points to the lowest figures on record for food insecurity among children–a major achievement in our country’s efforts to ensure every child has a safer, healthier future filled with unlimited opportunity. In 2015, household food insecurity fell 1.3 percentage points from 2014 and 2.2 points from 2011–the peak of the recession. At the same time, very low food security has dropped to 5 percent from a peak of 5.7 percent. Today’s data mean that 7.9 million fewer people were struggling to provide adequate food for themselves or household members than when President Obama took office in the midst of the worst economic downtown since the Great Depression. The figures released today also remind us that our work to fight for access to healthy food for our nation’s most vulnerable families and individuals is far from over. We must work to preserve the critical Supplemental Nutrition Assistance Program, or SNAP, which prevented millions of Americans from falling into poverty or becoming food insecure during the most difficult stretches of the recession. And we must continue to encourage the public and private sectors alike to invest in our rebounding rural communities–the place that produces our food, fiber and fuel. As our economy continues to gain strength with millions of new jobs, falling unemployment and growing wages, today’s report just underscores that America is greatest when everyone gets a fair shot.”