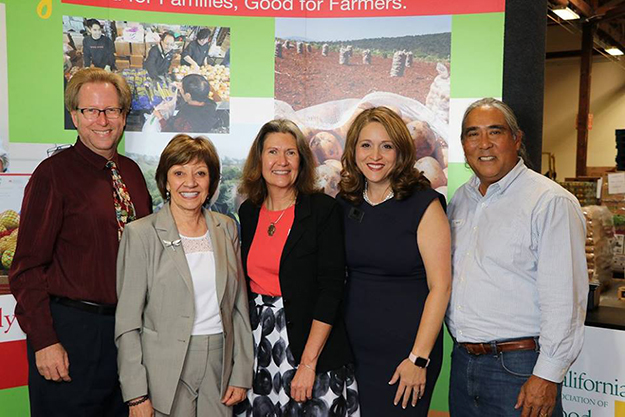 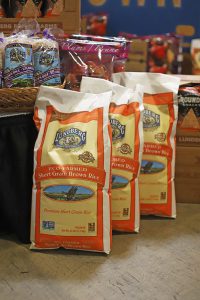 Lundberg Family Farms made the generous donation of 82,000 pounds of rice products for the event. 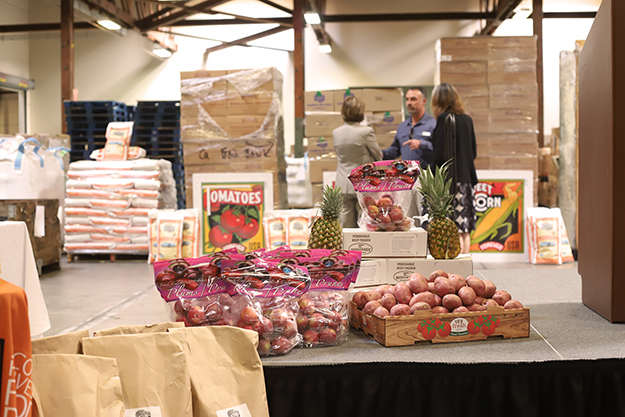 Secretary Karen Ross of CDFA, Steve Linkhart, and Sue Sigler of the California Association of Food Banks discuss the process of receiving donations from farmers and ranchers.

The event featured an address from Secretary Karen Ross of the California Department of Food and Agriculture, who commended the farmers and ranchers who donated for their commitment to improving the lives of Californians. She also announced the news that Governor Edmund G. Brown Jr. had released a proclamation that declares September as Farm to Food Bank Month, addressing the need for donations throughout the year. Remarks were also made by Nicole Suydam, CEO of Second Harvest of Orange County, Sue Sigler, Executive Director of the California Association of Food Banks, and OC Produce Co-owner and former California Secretary of Food and Agriculture, A.G. Kawamura who donates product, as well as time to Second Harvest.

Nearly seven years ago, the California State Board of Food and Agriculture set an ambitious goal – work with the state’s farmers and ranchers to double contributions of fresh foods to food banks; from 100 million pounds to 200 million pounds annually. While this goal was met earlier in 2017, there are still many Californians who face hunger daily. By highlighting individual farmers who give back regularly and organizations who effectively distribute donations, the generosity can inspire others in California to do the same.